Bay Back Key.  A small island or correctly called a Key. Located on the east side of the Harbor.
fishin here is ok in the summer not a hot Spot as there is no trough under the mangrove branches.
there is however a trough out in front of the key, that is why this shore line will hold fish.
They can as the tide goes down fall into the trough out in front.

I was fishing this in July the water was high when we got there and we caught fish, so I took pictures and added the page for you. 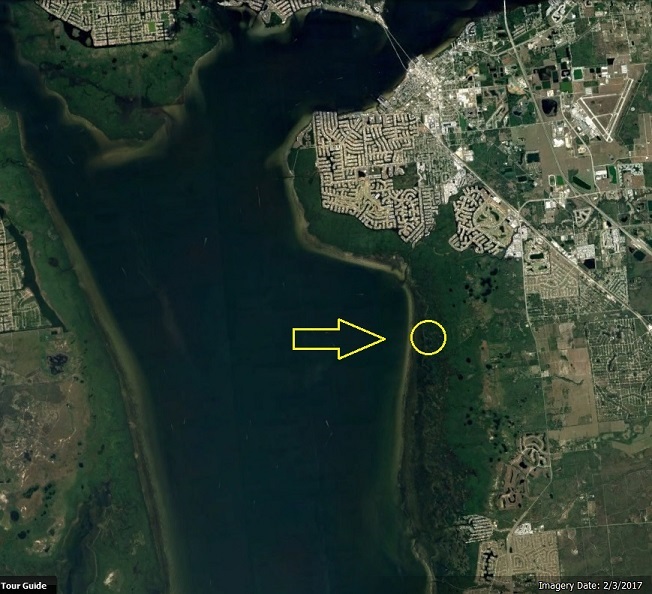 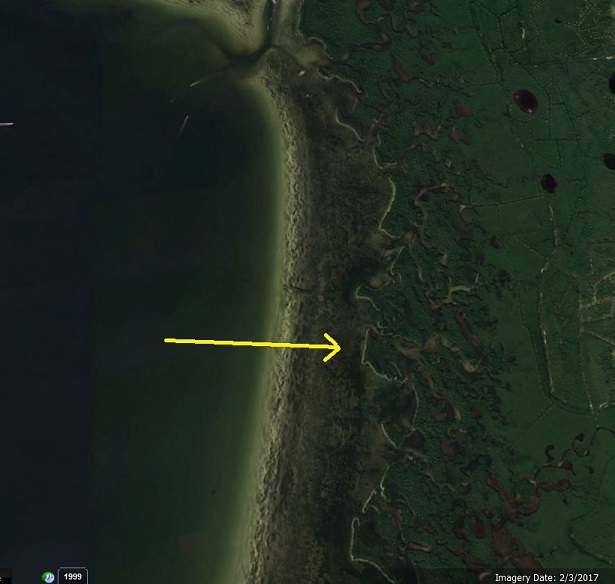 a closer look at bay back Key and the bottom around it. 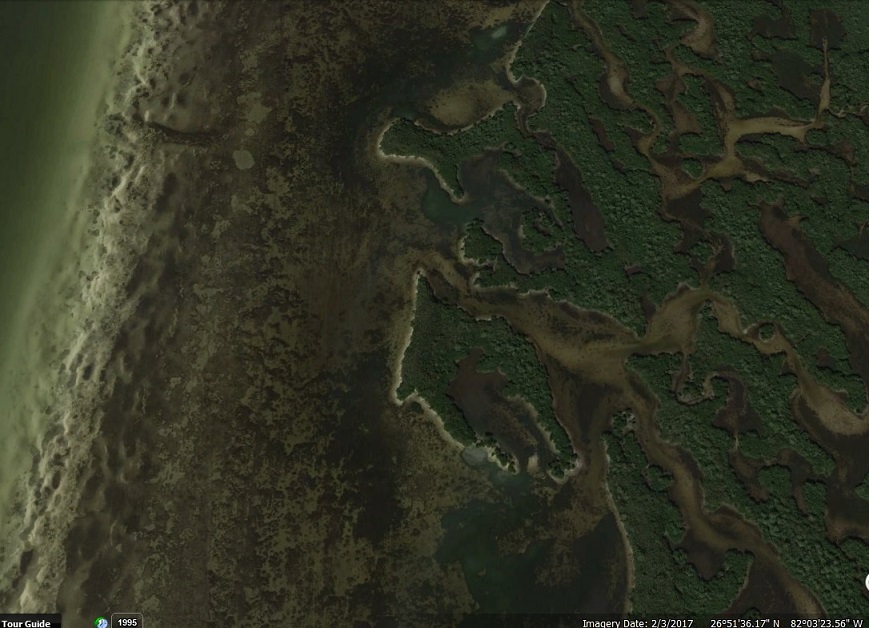 Hey Dad found Tarpon here willing to hit top-water lures. Black and Gold was the color he was using. 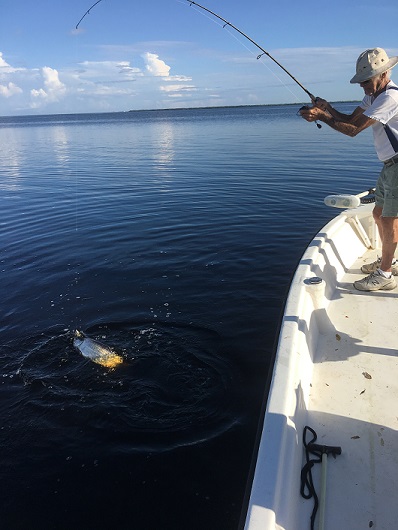 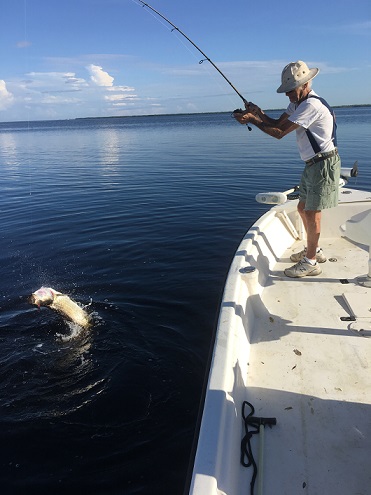 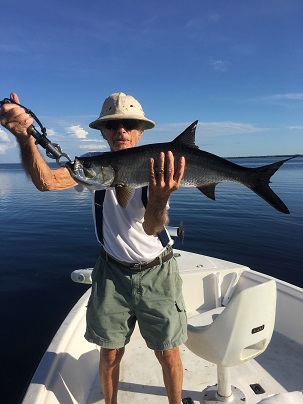 The Red circle show where the Tarpon were as we first saw them. and this held true until the tide started to stall.
Then the Tarpon started widening out, into the area of the Yellow circles.
But the most rolls, and breaches were in the red circle. I think as you can see, the water is a bit deeper between the islands.
As the tide flowed through there, I think the Tarpon were ambushing bait fish as The point of the island has a little bit of mangrove trees separate from the main Island. or it is possible, they might have been feeding on the crabs, hiding among the roots.
The Crab may have been the right one as the Tarpon did stay most of the time in the Red circle 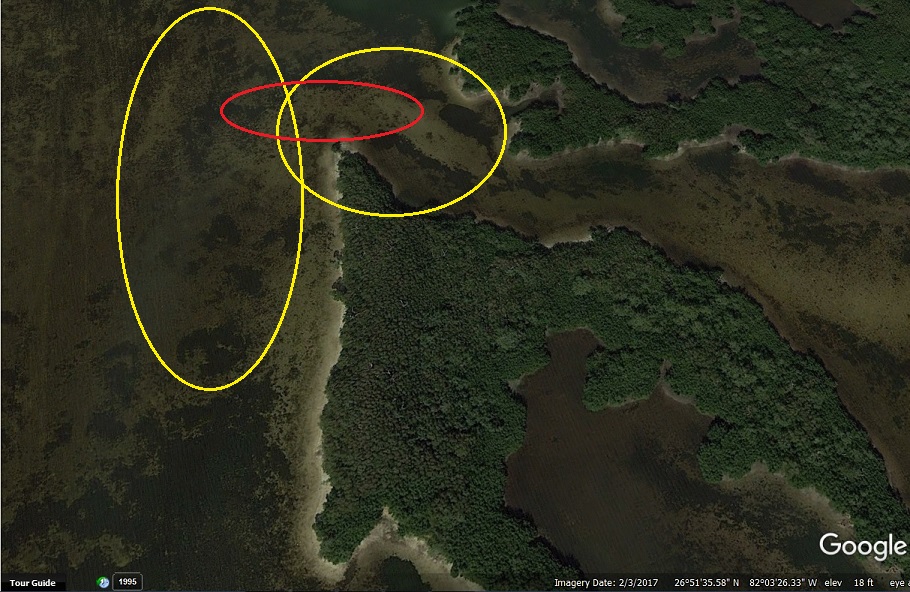 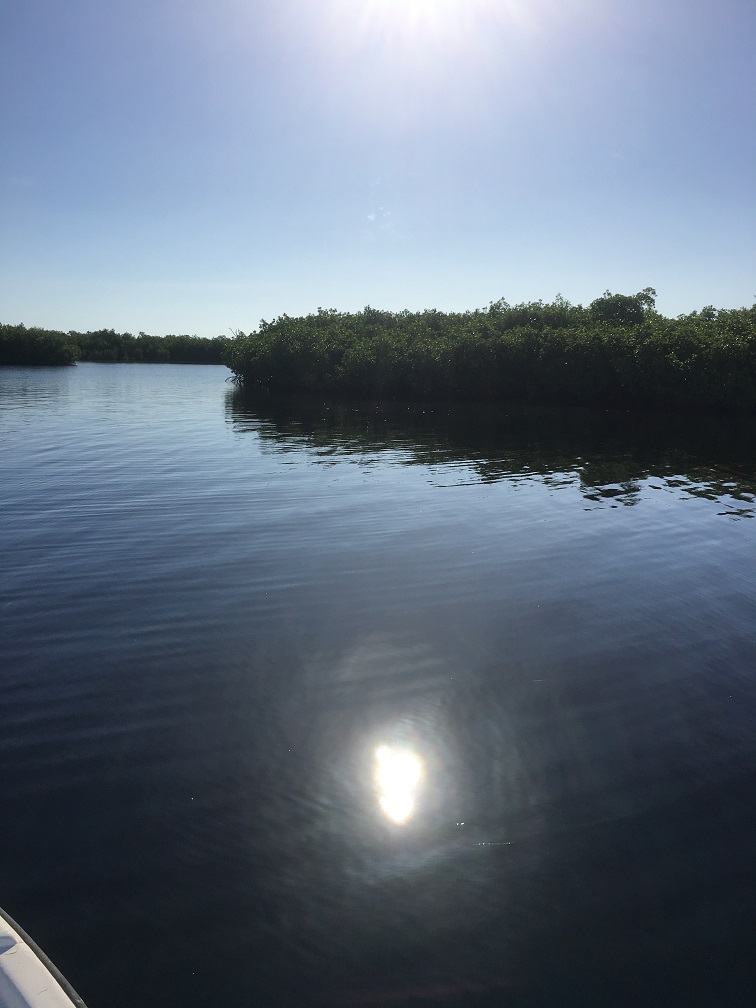 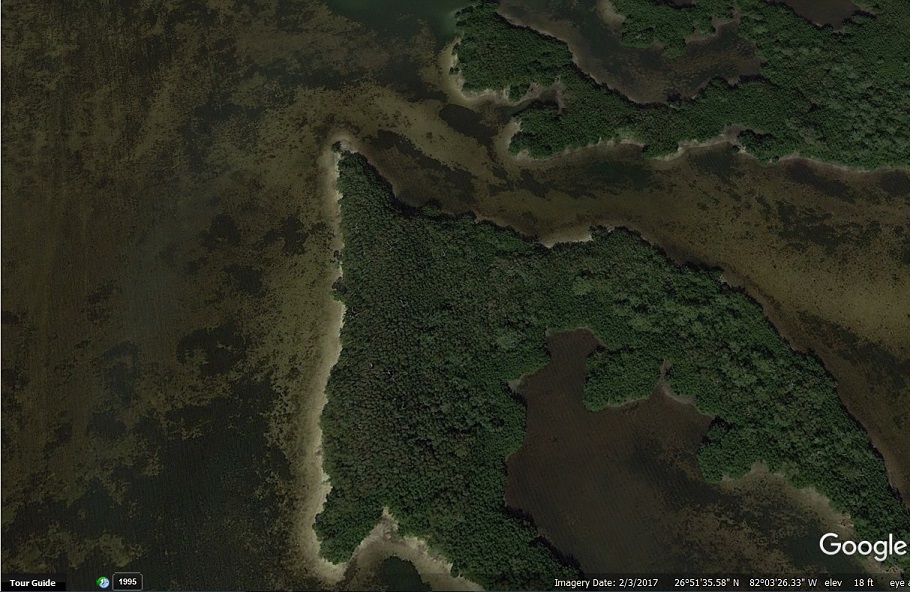 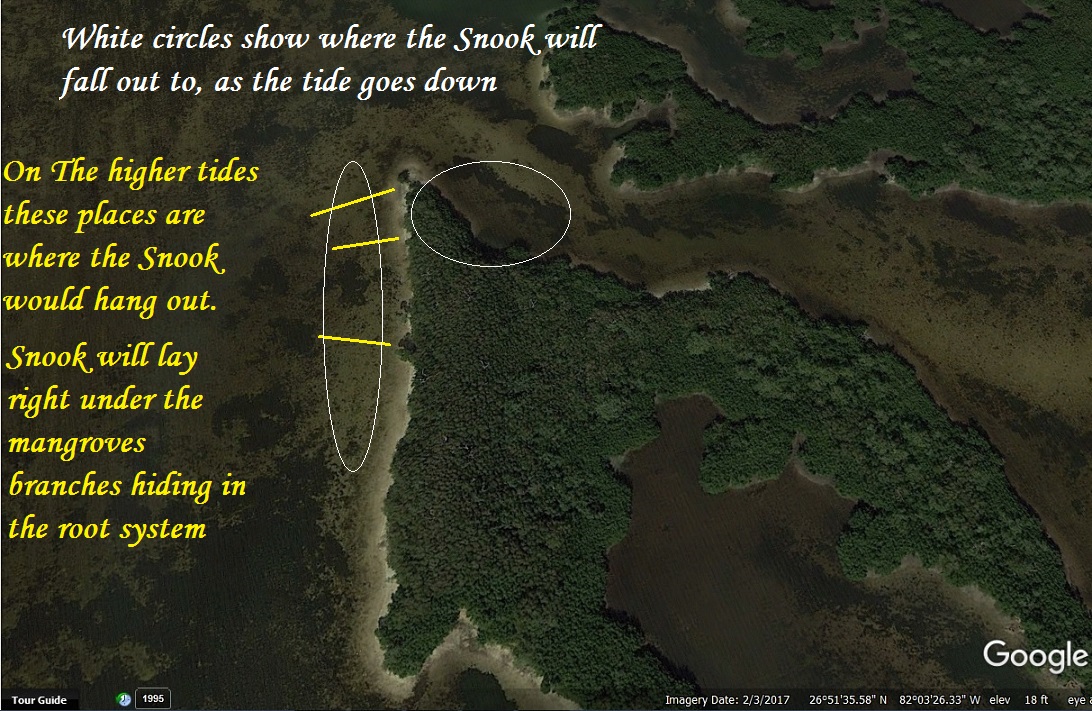 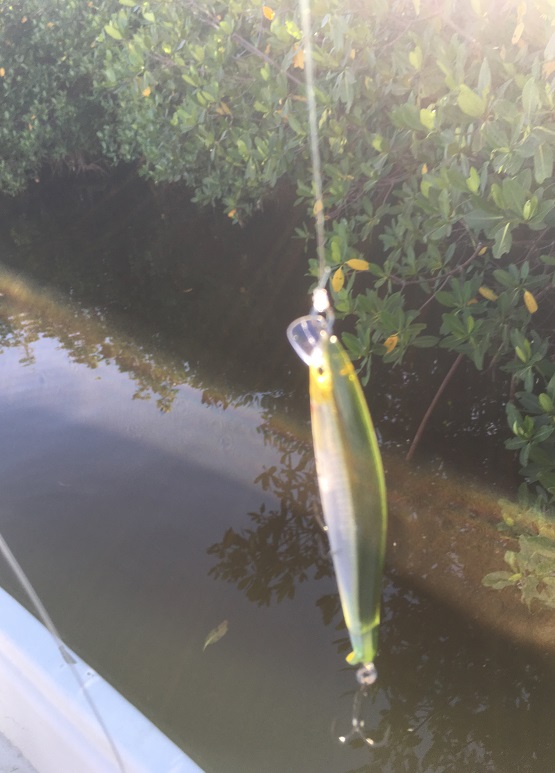 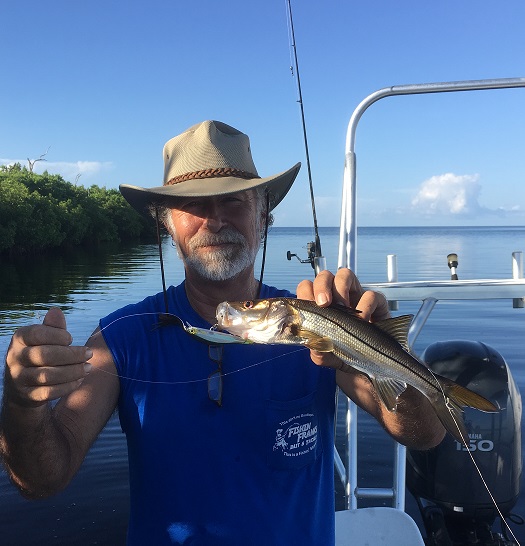 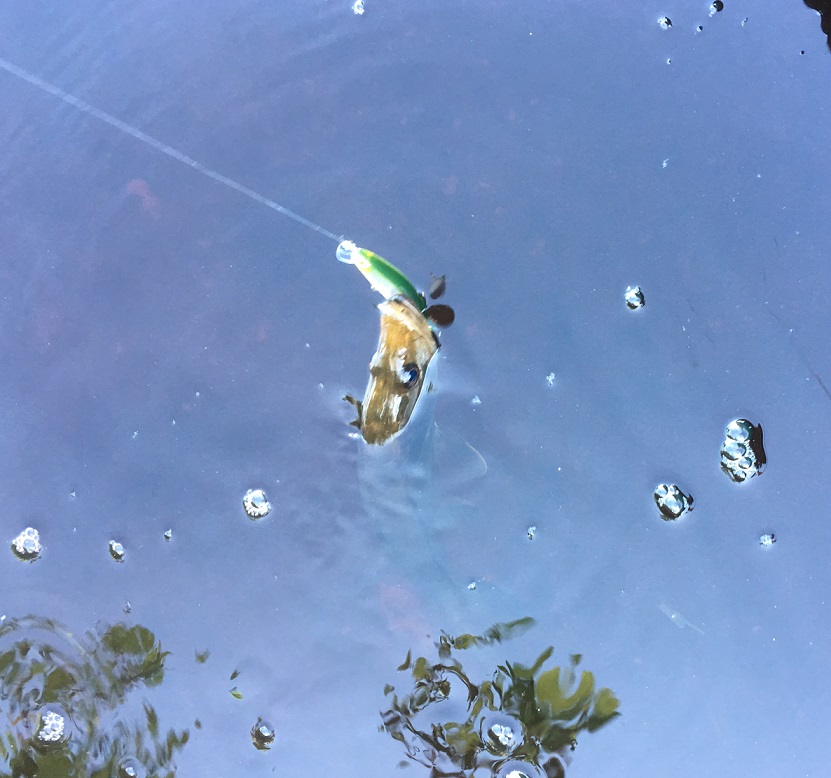 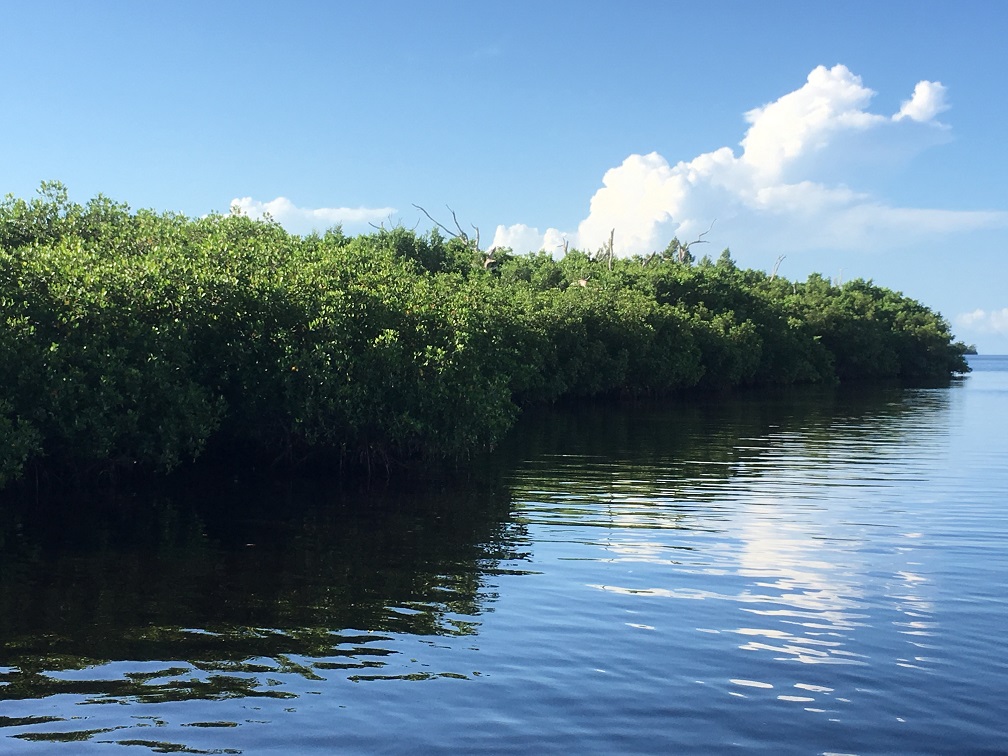 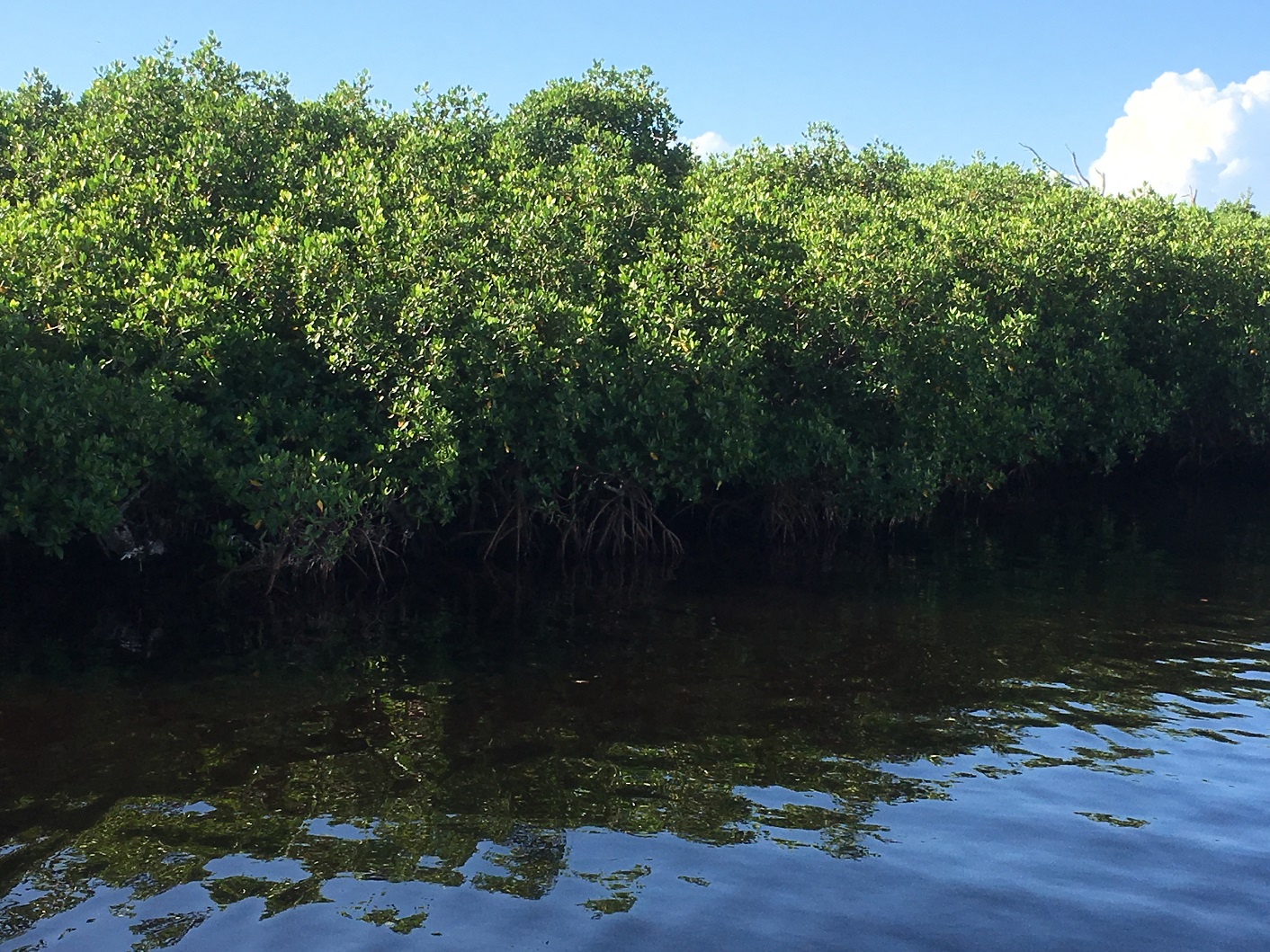 My trolling motor would not work. So I put the boat very close to the mangroves and cast right down the shoreline
getting as close to the branches as possible. That is how I was casting when that MONSTER snook hit.
"he said with a smirk" 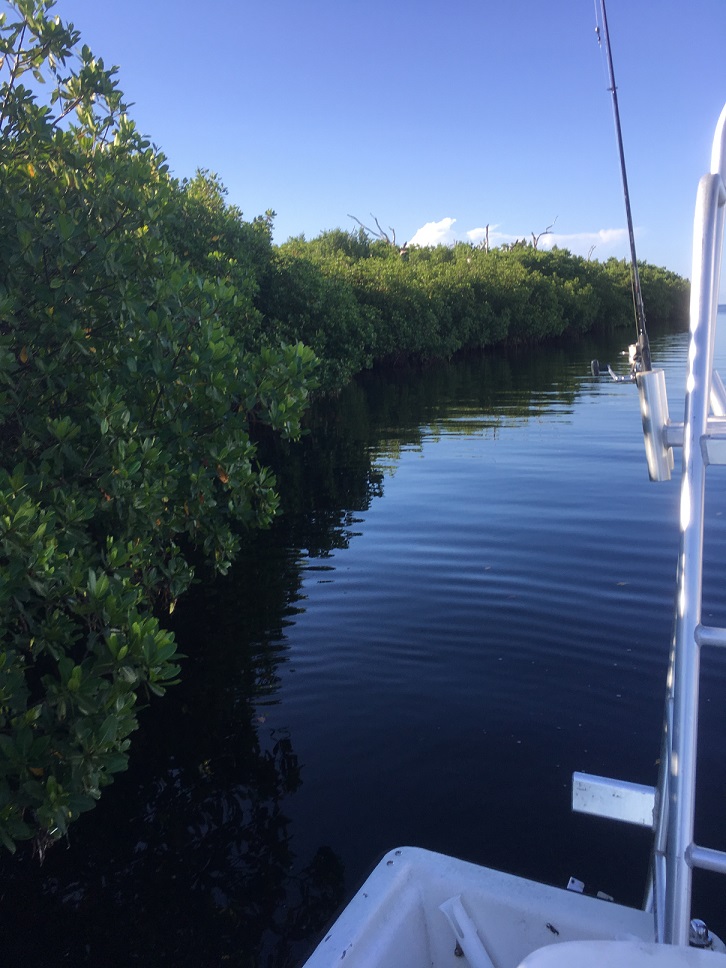