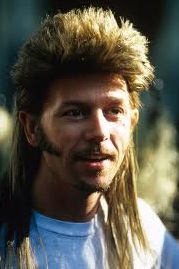 No not the mullet
made famous by Joe Dirt

This Mullet, the misunderstood, great eating, only good for bait fish ? 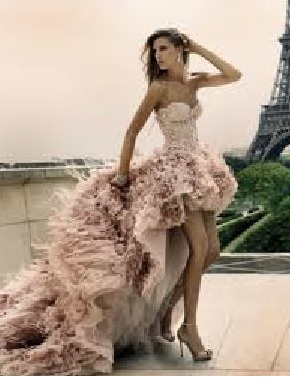 You can even get a Mullet style dress?
How popular does a fish have to get? to have not only a hair style
But a dress named after it. WoW.

One of the things I have been hearing most often over the last few years is how many mullet
there are. It seems each years the schools get bigger & bigger, thousand of mullet out by fisherman's Village over the last couple weeks. Seeing a Shake of Mullet come at you is well heart pounding for a fisherman the first couple of times you see it. Mullet bunch up and start moving with their nose just barley sticking out of the surface of the water. this is call a shake of mullet, as the surface of the water appears to shake. 100 feet wide and twice as long mullet getting together to spawn, huge schools 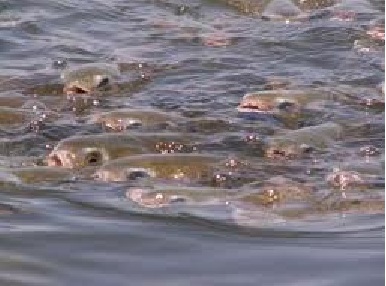 bunching together to make their trip to the gulf of Mexico where legend has it they dive deep in pairs and the water pressure help
squeeze the row from their bodies mixing together as it floats toward the surface.
People have been catching Mullet here in Charlotte Harbor ever since the 1600’s or before 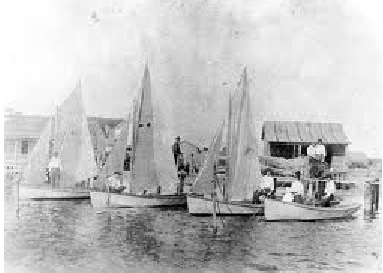 The first permanent settlement here was stated in 1705. With the sole reason for the settlement being the tremendous mullet fishery. They would go out in small boats and net Mullet.
Bring them back and scale them then slab them, removing the sides from the fish lead weighs were placed on the fillets to press the moisture from the meat . yes lead, seems silly now but back then no ice or refrigerators, the weights would reduce the fly damage to the meat. then they would smoke the meat ship it to Market in Europe the major Mullet run coincided with the religious events such as lent where people were not allowed to eat meat. So anyway Mullet have been providing a living for people ever since. 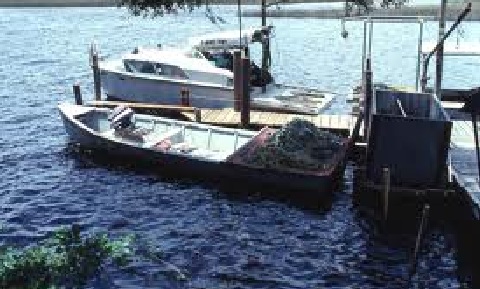 this is a Mullet skiff
the out board is in the front
of the boat, So it will not interfere
with the net as it goes out the back.

they also were great in shallow water
as the motor lifted the front of the boat
So you could run in just inches of water.

The ban on Gill nets came in and this type if fishing is no more.

Then Viagra came into the world and the price of Mullet went down
and never came back.
Yes the fish market changed. Mullet always
had one thing going for it, Which other fish did not have sex.

Sex appeal,
Yes white Row Mullet & Oysters
were both highly prized in the orient,
for their ability to give People "ability", so to say.
An aphrodisiac which brought a good price
in China along with Rhino Horns and Gorilla paws.
But now a little blue pill does it all,
and there is no reason to eat with Row from the male mullet.

NO money no reason to chase them. The only bad thing & the reason the Mullet are taking a while to recover is that part time commercial fisherman do not know the difference and catch hundreds or thousands of pounds only to throw them over board dead. The locals who fish each year check them as they bring them on board and toss the males back.

Well all said and done Mullet is a great eating fish any way you cook it.
I am sure the eggs make good caviar. and Mullet gizzards are a part of any real fish fry.

I just can not bring myself to try the white Row.
Nope that is going to be a Chinese thing I just cant quite get into. 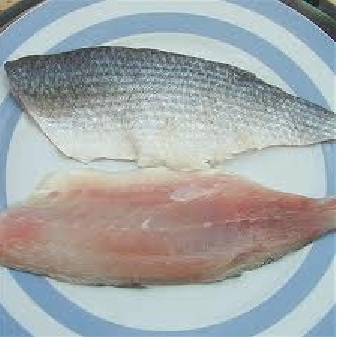 If you would like to try a mullet dinner the best way to catch them is with a cast net. But you can also use a snatch hook. BY that I mean snagging them with a large sharpen treble hook. watch which way the mullet are swimming and cast just in front of them reel the hook in and when you feel it bump something set it hard & hang on. it is a battle. & NO this is not a catch & release thing you only do this if you want dinner. Oh yes & if you like chicken gizzards, I think you will find Mullet Gizzards are the better of the two. Flavor that is other than that it is the same. I do not know if mullet evolved into birds or what, but they both have the same gizzard.
The other way to catch Mullet is to chum them in. Crossties feed store on hwy 17 has rolled oats and Laying mash, the oats is like oat meal & the laying mash is what you feed chickens. mix equal parts in a small bowl. add just a little water, not much as the mixture should be able to make dough balls out of it.
On your Fishing pole use a small sinker ties to the end of the line and 3 feet up place a bobber. in between them tie 4 #6 gold hooks. on each hook place a small piece of white plastic worm or grub. Mullet will eat anything Fish, Shrimp, Bugs, worms, algae, really anything. But nothing with a shell or scales. Remember the gizzard, well mullet only get fine sand from the bottom and theory has it that the shell from a shrimp or fish scale would stop up their gizzard and kill them.
The one thing which makes people think they are vegetarians is that they do not kill for a living. Mullet do not hunt down prey, they simply swim along opening and closeting their mouth. if it is soft they swallow it Hard they sit it out. So watch your bobber if it moves at all set the hook, before they can spit it out. 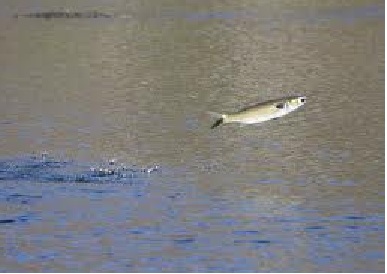 Last but not least is Why do mullet Jump because they can. why dose a flying fish fly? Not from being chased, not to digests food, just because well they can.

Mullet are great realest salesman, terrific jumpers, great eating, what they are not is vegetarians.
They will eat anything in front of them. While not fussy about what they eat worms, fish, shrimp, bugs, vegetables, alga
They do not kill for a living,

Mullet have a nickname Chicken of the sea, they get the name because of their gizzard Yup just like a chicken.
they go to the bottom, and scoop up sand to fill the gizzard. it is this fine sand that may be the problem,
they can not grind up fish scales or the shell from a shrimp, these would chock their gizzard and they
would starve to death.
So a mullet swims along opening and closing it's mouth any soft which goes in it swallows,
anything hard it spits out.

Know this give you the key to fishing for them,

Put 4 to 6 #6 gold hooks on a line, with a sinker at the bottom, A bobber at the top, keeping in mind the swimming feeding thing
they do, so the bait should be suspended in the water, the upper most hook about 6 inches bellow the bobber,

Cover the hooks with pieces of soft white plastic worms or peeled shrimp meat, Maybe even pieces of corn.

A Mullet chum can be made from Rolled Oats and laying mash, the stuff you feed chickens.
Mix the two with a tiny bit of water so it becomes a dough ball, sticky mess, Toss the ball at your bobber.
The Laying mash gives off a strong smell, and the rolled oats give them something to chew on and get in the mood to eat,
They will start circling the bobber and hope fully

Have fun out there. So many fish and so little time.
Frank