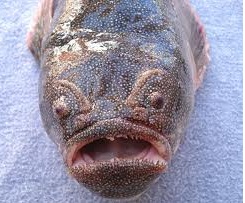 Stargazer a dreamy eyed person looking into a cloudless sky pondering the
meaning of life. Possibly a scientist looking for asteroids foretelling
the end of life as we know it.
Or a shocking fish. fish found along the shores of the Gulf of Mexico. Yes
shocking up to 50 volts, of electricity if you handle them wrong.
They have a gland which produces electricity that a Stargazer uses for
self defense. Like somebody trying to pick them up,
the shock comes from a point between their eyes. not only are they weird
looking but really an electric fish?
come-on you kidding me Nope it is for real, and yes there are here. Not
too much in the Harbor more so in the near gulf,
They like the real sand bottom of the gulf of Mexico much better than the
sand & mud mix of the Harbor. 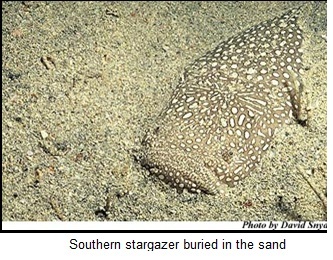 Star gazer is a fish you have most likely not heard of, and to be honest a
fish I had almost forgotten about. Stargazers were a more frequent catch
15 years ago or before.
Not an uncommon catch when fishing the gulf beaches for whiting, to have
caught a Stargazer instead.
Stargazer is a fish that is found locally here along the Gulf coast all
the way to the north east & down to south America. There are a lot of
different species of them,
A Stargazer is also known as Monkfish,
The Stargazers are a bottom dweller, this dose not make make a bad fish.
just a fish which lives on the sandy bottom, similar to a flounder in
their habits and habitats.
like a flounder their eyes are on the top of their head. unlike a flounder
you fillet them like a normal fish. the Tail is very meaty.
Stargazers are still a common by-catch of Shrimp trawlers today. even
though you never really hear about them, there are quite common No size or
bag limit, Just use good sense
make sure the fish is big enough to get some meat, Do not take small ones,
Use whiting as a good comparison for eatable sizing .

To fish for them is easier  when you understand how they live & eat, they
bury them selves in the sand & wait for a bait to go by . This mean
jigging So lets think Carolina rig.
A small bait fish or a fish shaped plastic like a paddle tail minnow, a
2/0 hook, not a jig head, you want the bait to float up off the bottom.
Connect the hook with about a
24 inches of leader 20 pound fluorocarbon will do nicely, to a swivel on
the rod side of the swivel first a sliding bullet weight then a couple of
beads. This will get you a little noise when you jig the rod tip.
cast out, wait before you start to retrieve, give your bait time to get to
the bottom, then give the rod a sharp lift, to hop the bait and make the
bullet weight & beads clack together.
wait a few seconds and repeat. By catch of this technique will be Flounder
or whiting.

Stargazer’s live by ambush feeding wiggling down into the sandy bottom of
the gulf until only its eyes are sticking out. What is really weird is
that they can extend their eyes out away from their head so
they can see what is going on around them or when food shows up. Some of
the Stargazers have an appendage which they extend from their heads that
acts like a lure to attract bait to them.
Not the Stargazer type we have here though, ours is more plain. Just the
eyes protrude out. Another thing which the Southern Star gazer does not
have is the venomous spines which some other species do .

After you catch one it is important to keep the meat on ice. this will
keep the flavor. Do not be put off when you are filleting a Stargazer as
it it does have a stronger fishy/ocean smell to it. The good news
is that cooking takes that smell away. The meat is very white, & firm, but
not flakey. The texture of the fillet is why I am going to recommend a
different recipe, boiling or steaming.
This is something I have done with mullet, But stargazer would be an
excellent choice for this. When you filet a Stargazer watch for small pin
bones,
rub your fingers up & down the fillets to check for them do not rely on
looking feel for them. Another good reason to cook them is the taste of a
Stargazer is similar to a lobster. 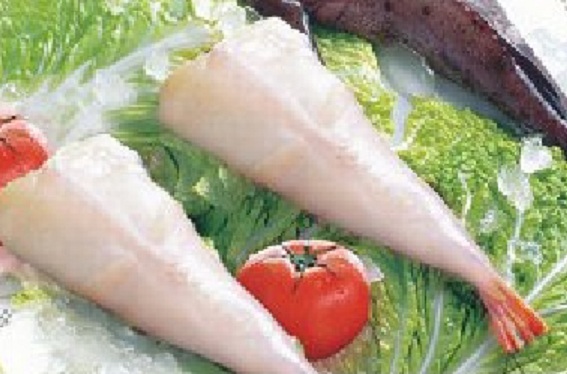 While you can steam fish with plain water, You might want to try this. Add
thyme, bay leaves into the pot. The squeeze a lemon into the water. If you
like lemon put the rind into the water for more flavor.
Bring the pot up to a rolling boil this gives the spices time to blend
into the water.
when poaching fish at least 2 minutes per 1/2 inch of fillet thickness.
if you are going to steam them at least 3 minutes per 1/2 inch. This is
just a guide  The meat is done when it turns an opaque color rather than
the white.